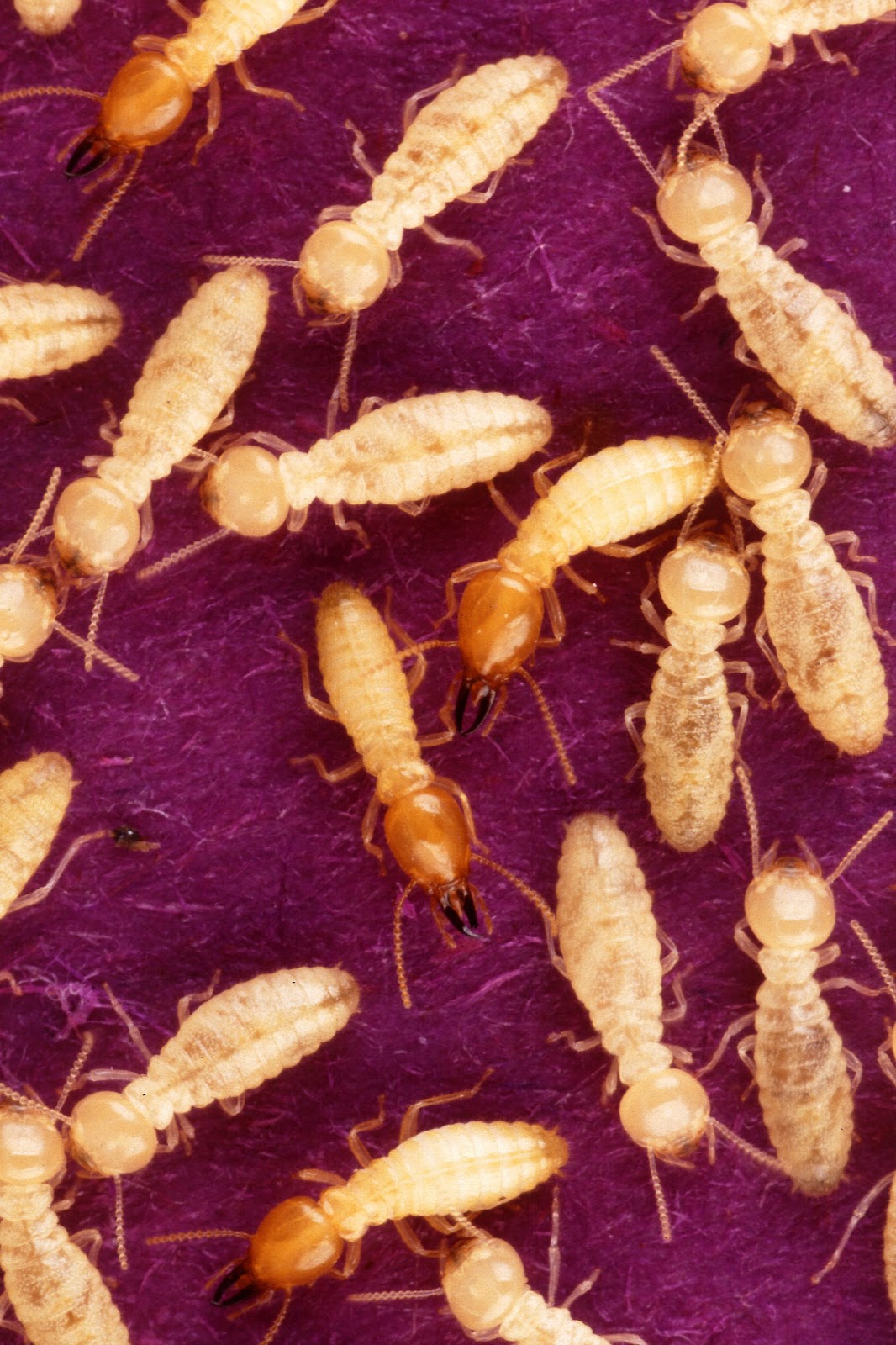 How Colonies of Termites Function
Termites don't live on their own. They infest your house in colonies, organized similarly to a bee hive or an ant's nest. That affects the way you have to try to deal with them, because it's not just a matter of killing a bunch of them. You have to kill off the colony for the infestation to end.

How is a colony organized?
Like other hive insects, termites can be classified by caste:

Queens - Unlike many kinds of ants, termites often have more than one queen. There is a primary queen, which is usually the first termite that founded the colony, along with several other secondary queens that also lay eggs and will take over if the primary queen is killed.
Here is a picture of her royal highness:


King - There is only one king - the male termite that mates with the queen to help found the colony. He plays an important role in the beginning of the colony, helping to raise the younger termites as the queen lays eggs. When the founding king dies, in some species a reproductive will grow into a replacement king.

Workers - These termites stay inside the nest, building it, tending to eggs and larva, and gathering food. They are white and often die easily outside the tunnels they have built from exposure to sunlight.

Reproductives (also called Neotenics or Swarmers) - They the ones you most often see - they fly around in swarms attempting to start new nests. They can also become queens if needed. They will fly for short periods, shedding their wings when they have found a new home.

Where do termites locate their colonies?
It depends on the species. Many live in wood, and those are the kind that are most annoying to homeowners. They can also build mounds in the ground (like ants), live in trees or in nests built outside of trees, underground, or on thin poles such as fence posts. It's just the ones that live in wood that will hurt your house, however. Subterranean termites can build their home adjacent to your house and use it as a food source by tunneling into it.

How are they formed?
Termites form them after a mating flight made by the reproductives. A queen and king found the nest together, digging a small space. The queen will lay eggs, while the king will help care for the young. Gradually more and more workers are added, allowing the colony to grow larger and larger.

How many termites are in a single colony?
It can range from a few hundred to a few million. In Africa and Australia, they can be extremely large, with up to five million termites.